Of course it isn’t. It’s mid-summer and as you can see I haven’t done much in the way of ski building or anything skiing related except to day-dream about it. I have some new ideas kicking around for skis this season. And plan on offering new veneer top sheets. Stay tuned for updates!

However, a couple of years ago I heard about a downhill race called The Thunderbolt Ski Race. It’s a back country downhill race on Mount Greylock in the Berkshire Mountains of Massachusetts. The thought of racing was intriguing so I packed my camera and drove to Mount Greylock to check out the trail. I drove to the top of Mount Greylock and did some sight seeing first. The views of the valley below and distant mountain ranges was fantastic! There is a War Monument and Bascom Lodge at the top. The Appalachian Trail also crosses the top of the mountain. Once I got my fill of the scenery, I started down the Appalachian Trail. It then split off to the Thunderbolt Trail. Because I was running short of time I hiked down about half way. I talked to a hiker who was on the way up and he said most of lower part of the trail was tree covered so there wasn’t much more scenery to be photographed and I had covered the steepest part of the terrain already.

The Thunderbolt Trail was cut in 1930’s and in 1936 hosted the United States Eastern Alpine Ski Championships. The total vertical of the trail is approximately 2,275 feet in about two miles. As a hiking trail it’s challenging. You really need to be in decent shape to hike it. I was drenched in sweat when I finished my hike. There are plenty of rocky drop offs and steep terrain. I haven’t skied this trail but skiing it would be fantastic! Only expert skiers should attempt this trail. As for racing it, especially in a downhill race, it takes more than being an expert skier in my opinion. It takes… well… there’s no other way to say it than it take a big set of balls, period! The top is steep with sections of multiple drop-offs and steep fall-away slopes. If you decide you want to race you better be in great shape because you must hike up with your gear in order to race.

Here are some links about Mount Greylock and Thunderbolt Trail.

This link is the history the Thunderbolt Race. It has some classic racing photographs and video clips from the 30’s and more recent shots as well. The guys racing back then were just as daring as today’s skiers and snowboarders.

Here are some photographs from my hike of the Thunderbolt Trail. The wide angles lens tends to flatten the images somewhat but it’s steeper than it looks. 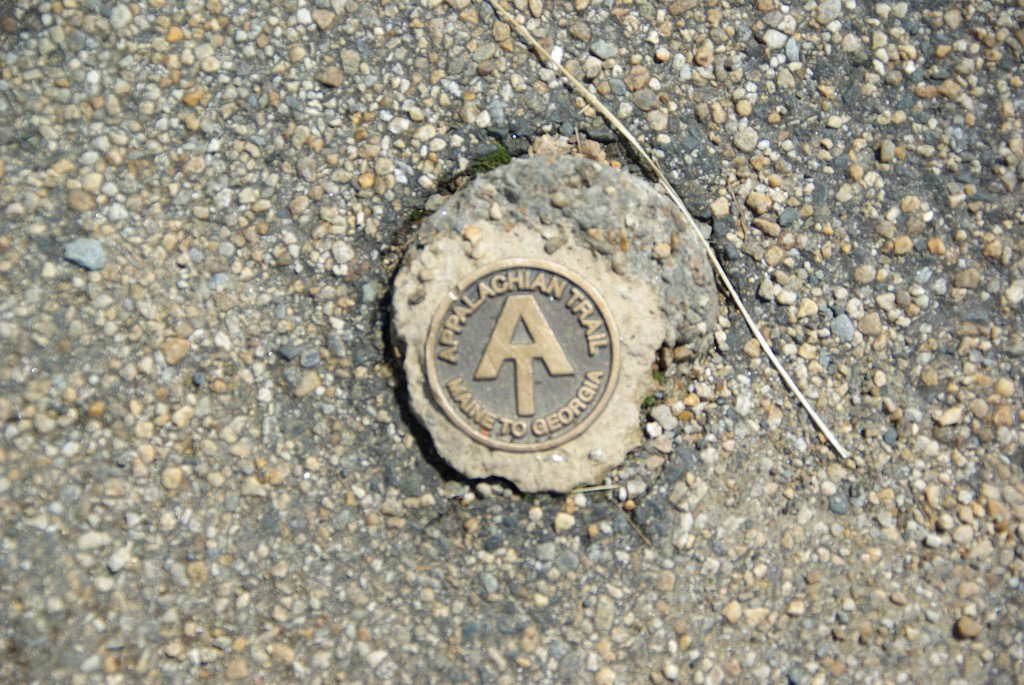 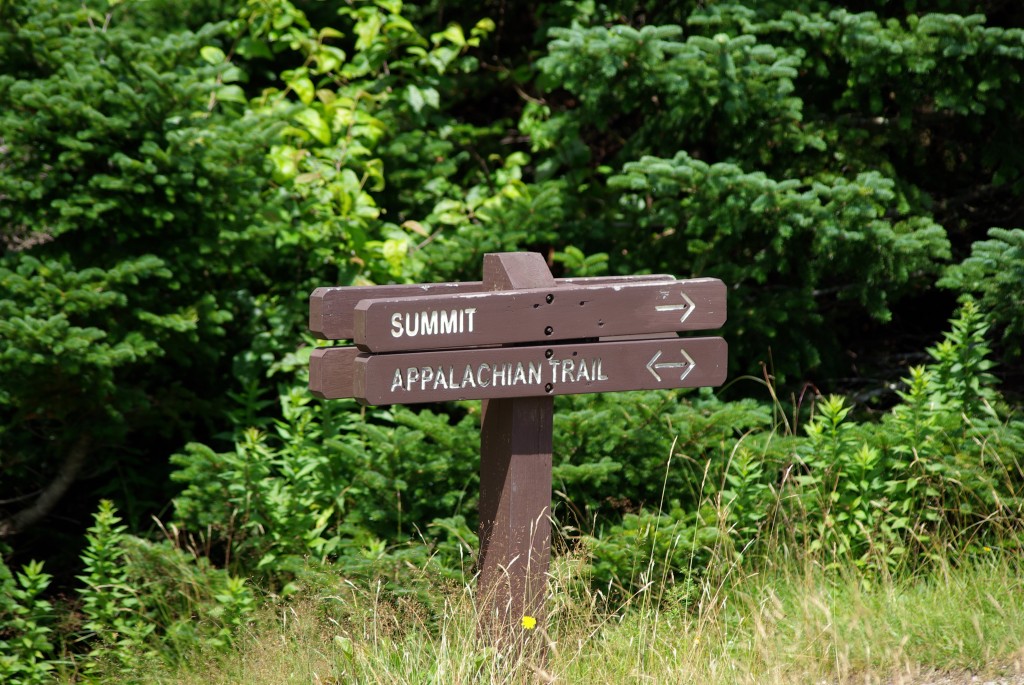 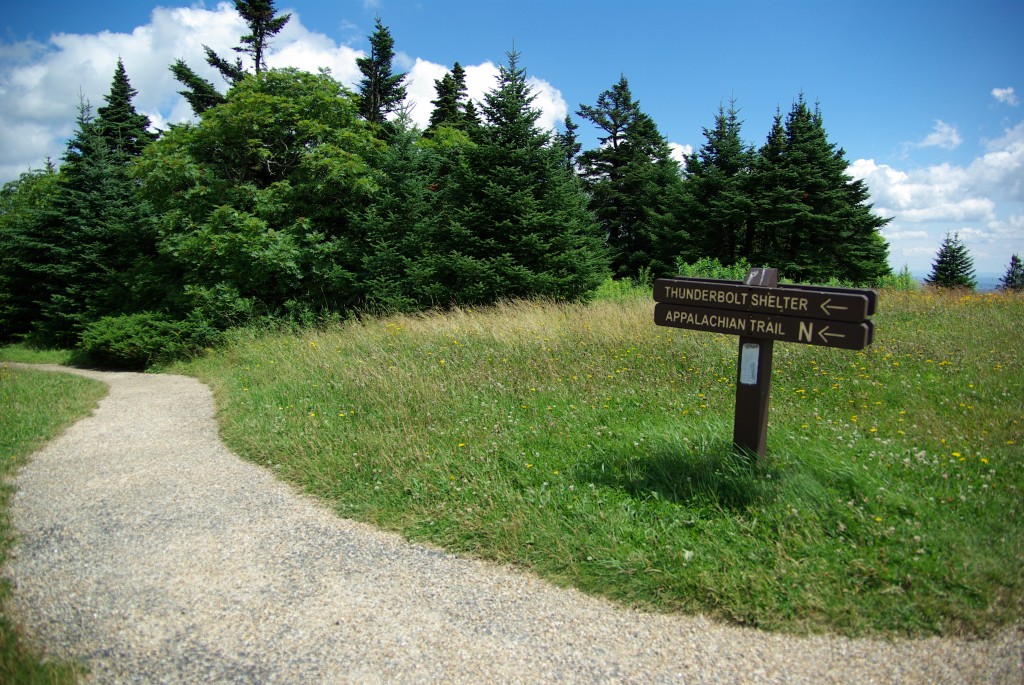 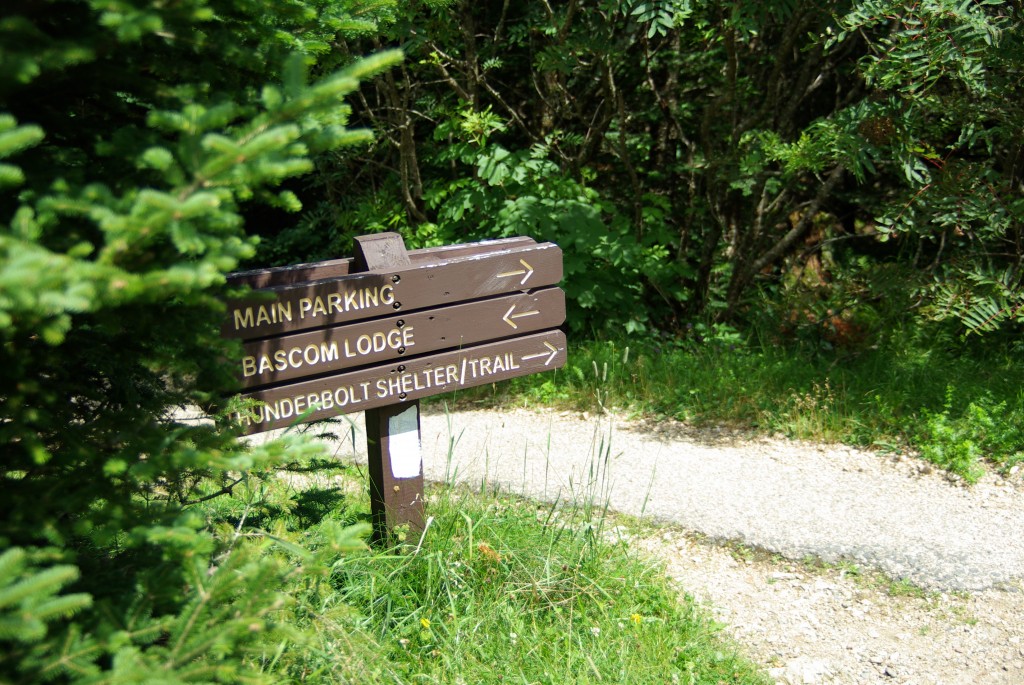 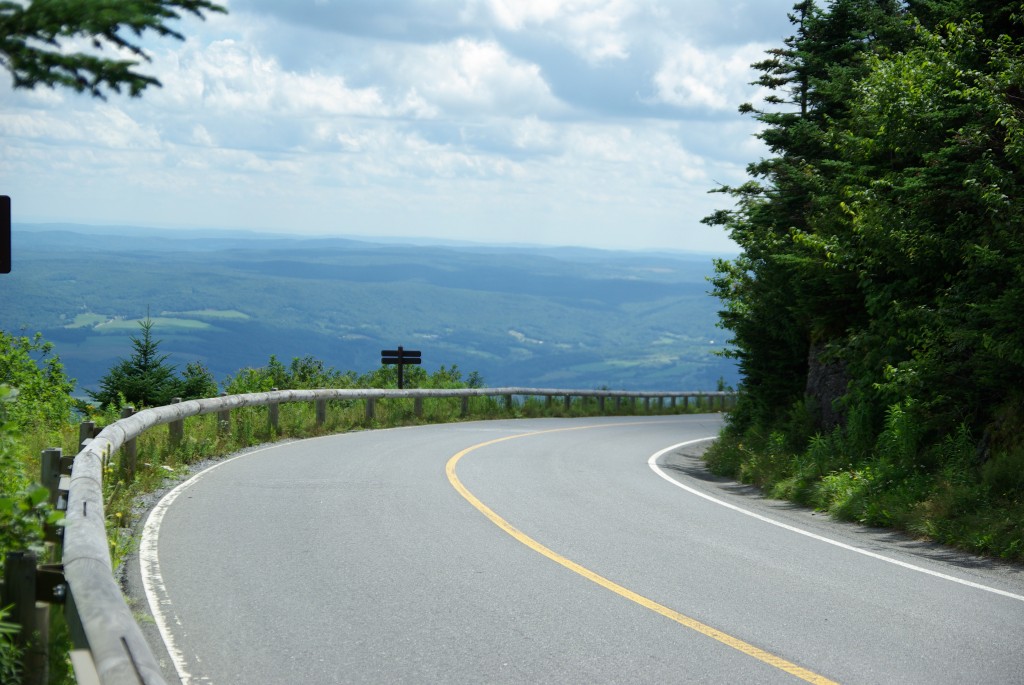 View from the access road looking down the Appalachian Trail/Thunderbolt Trail. 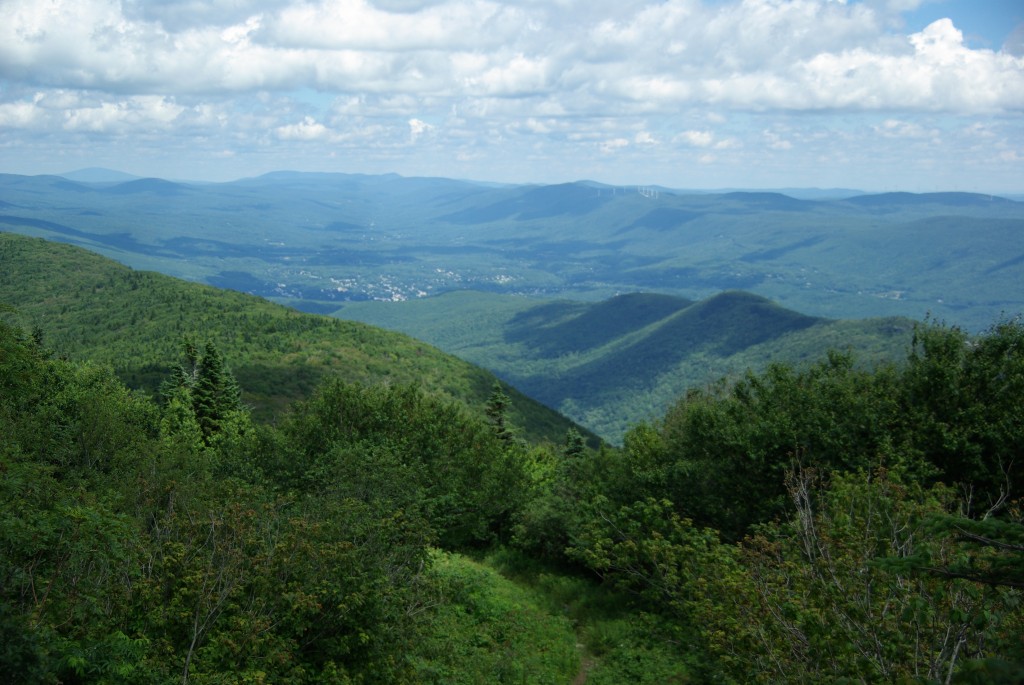 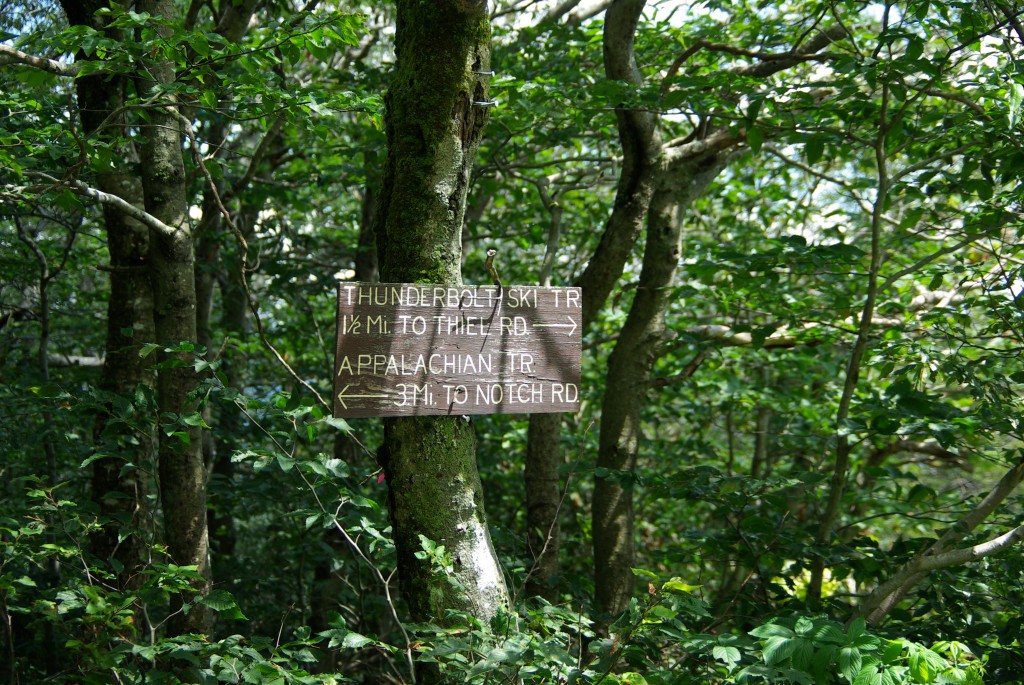 Big Bend. This is the first serious descent on Thunderbolt. A steep sweeping turn. 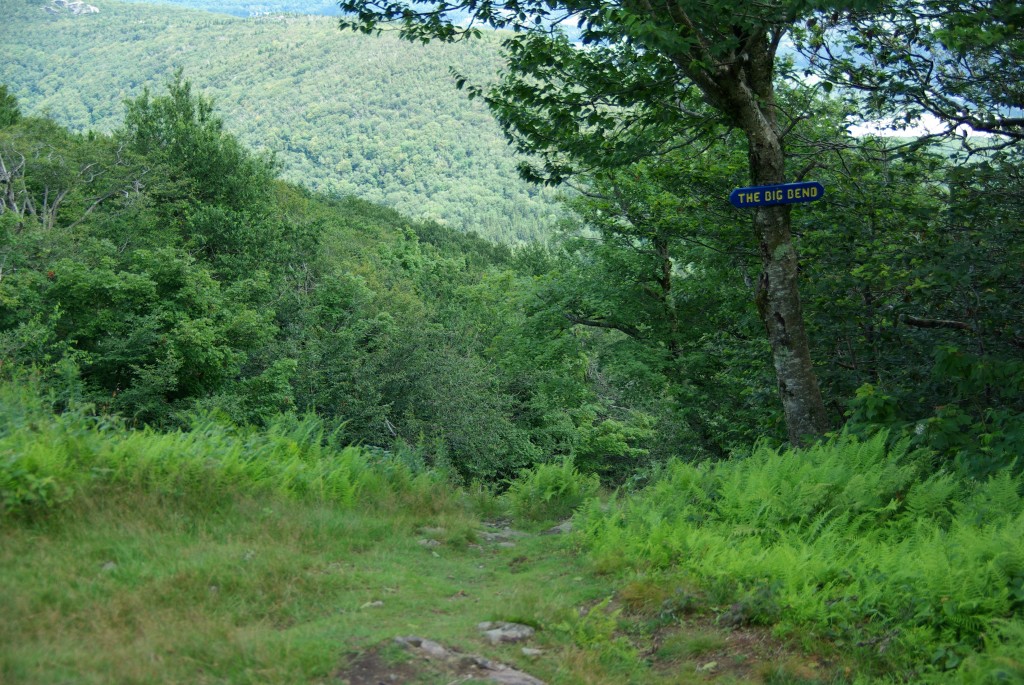 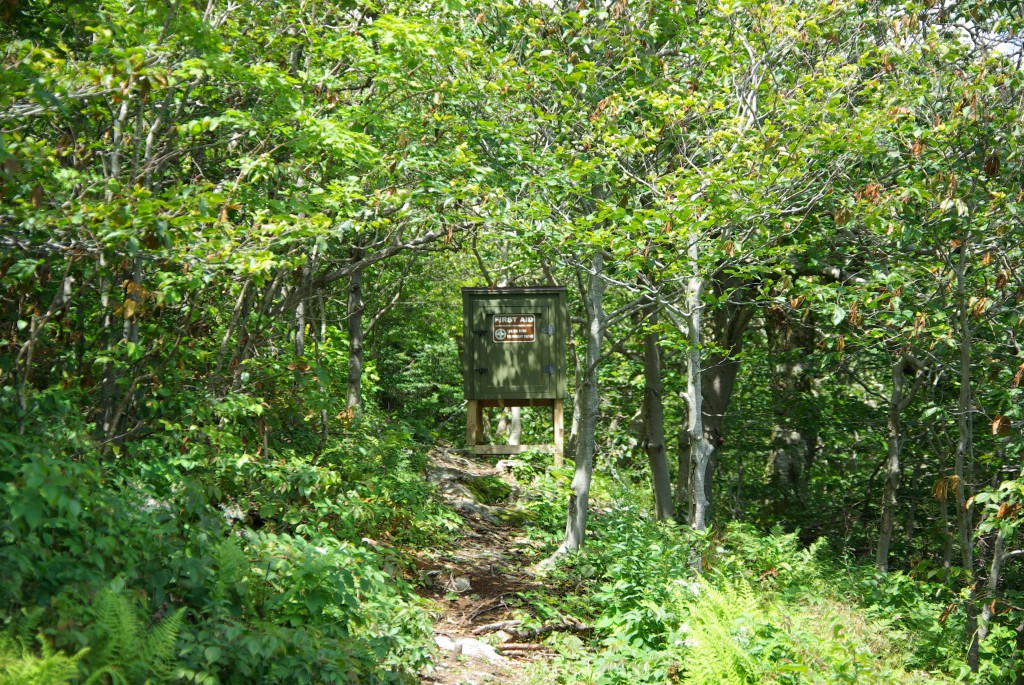 Looking down the trail from Big Bend. 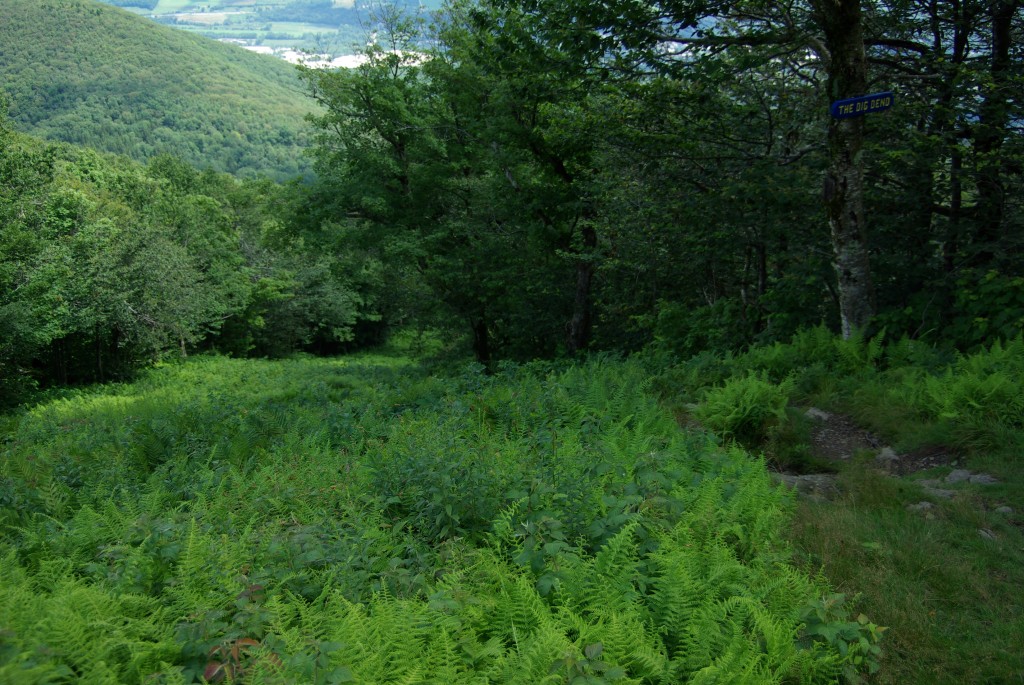 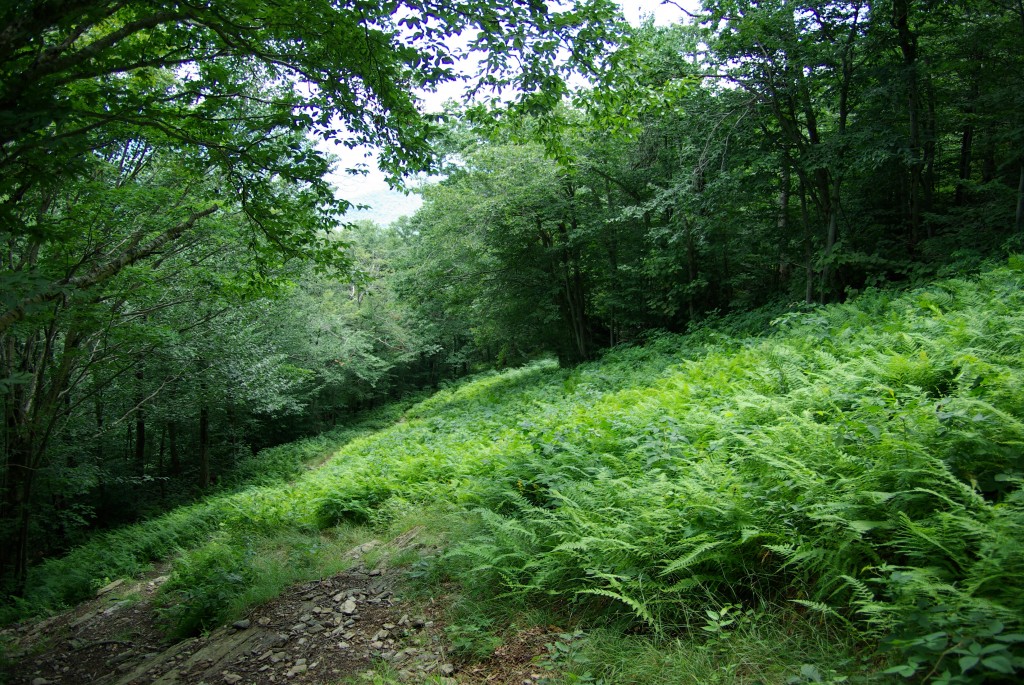 Looking up the trail toward Big Bend. 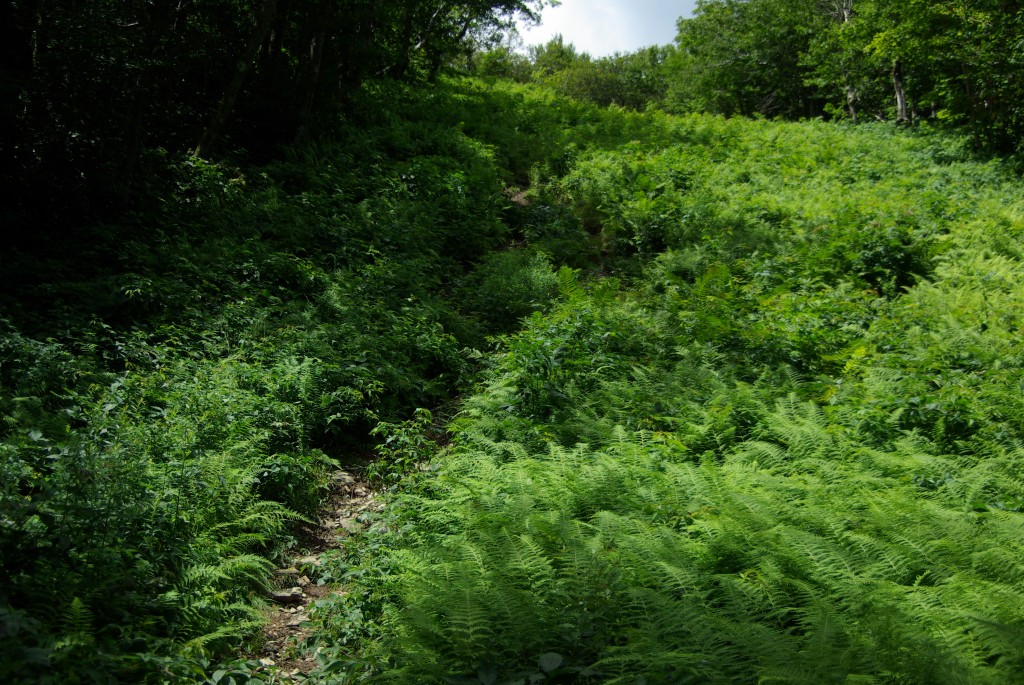 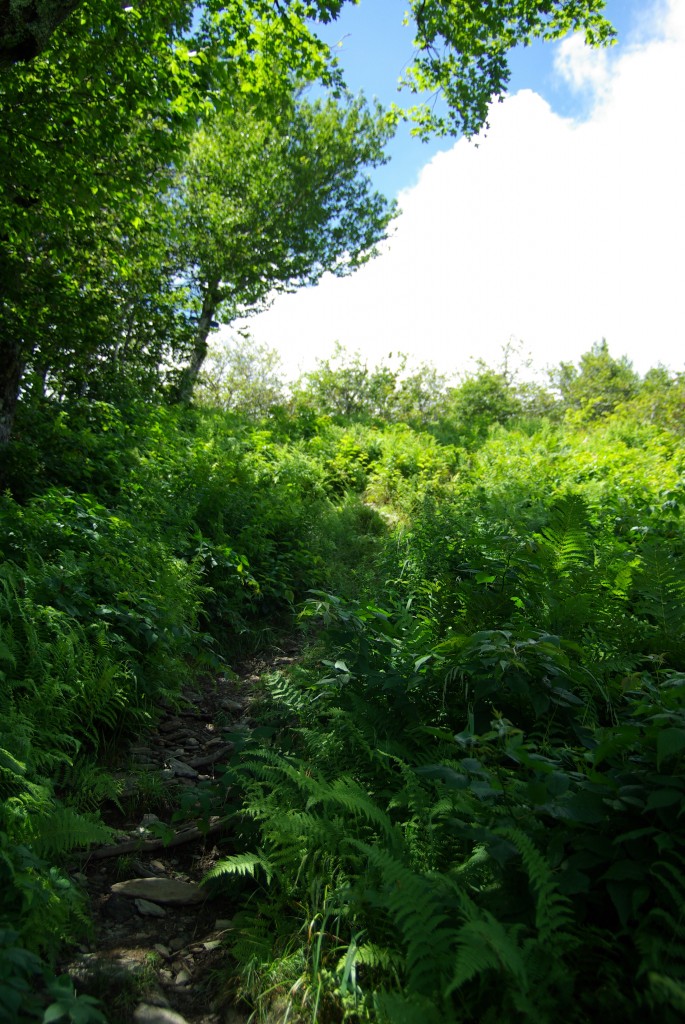 A fall-away slope heading toward “The Steps”. 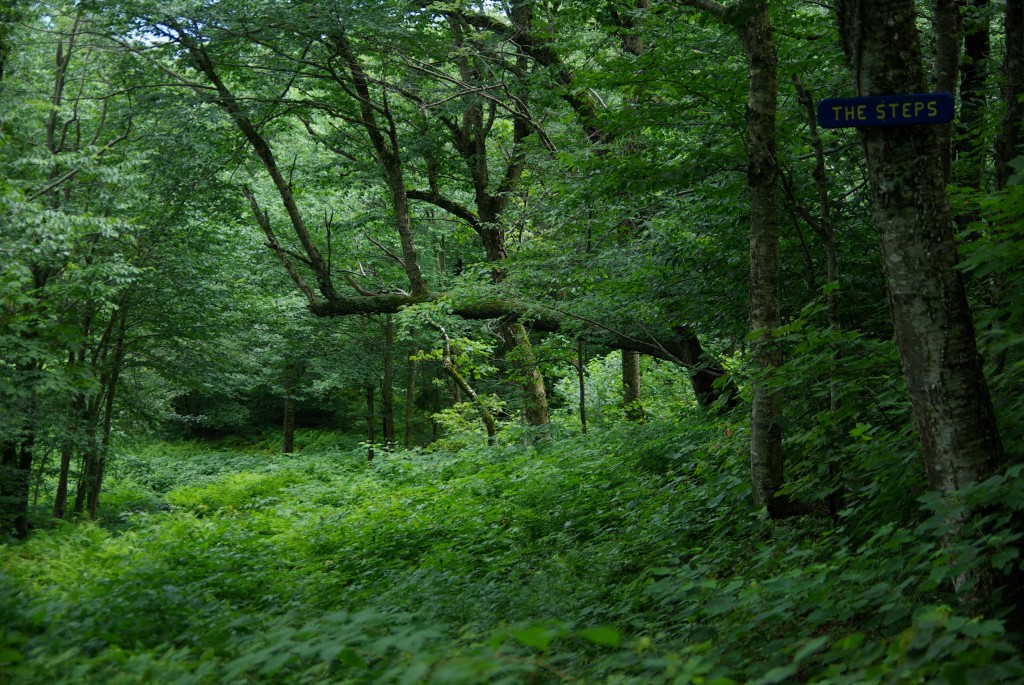 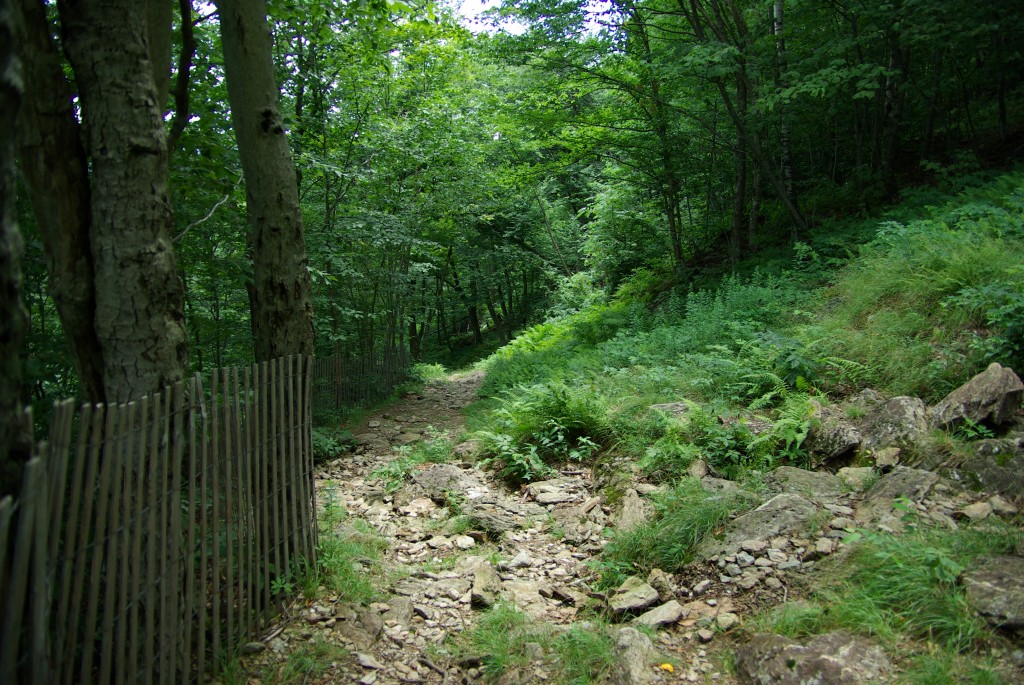 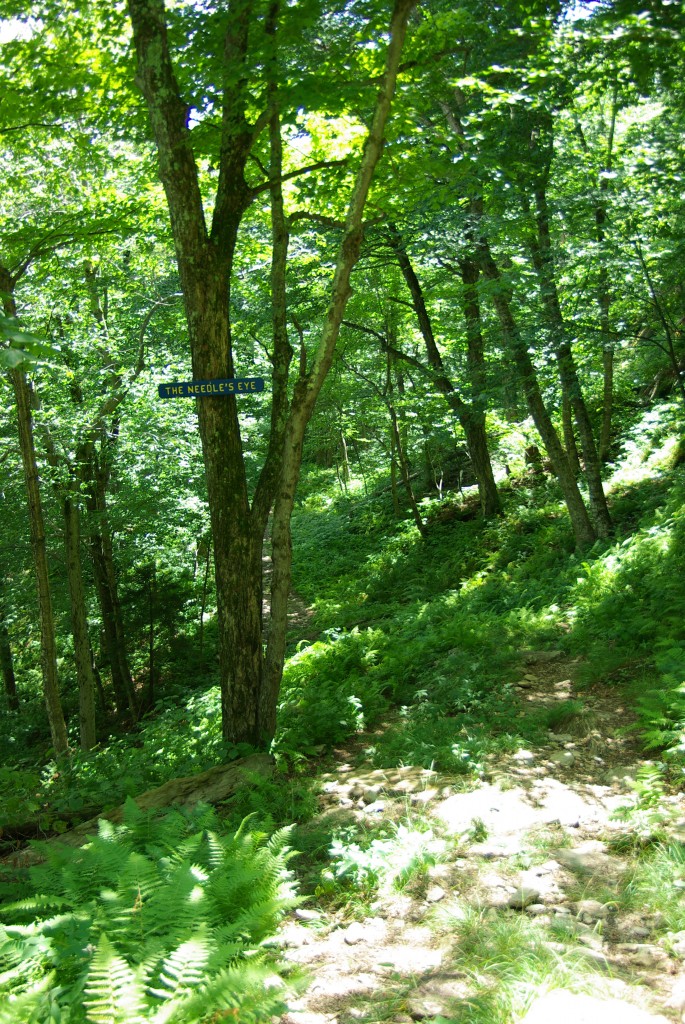 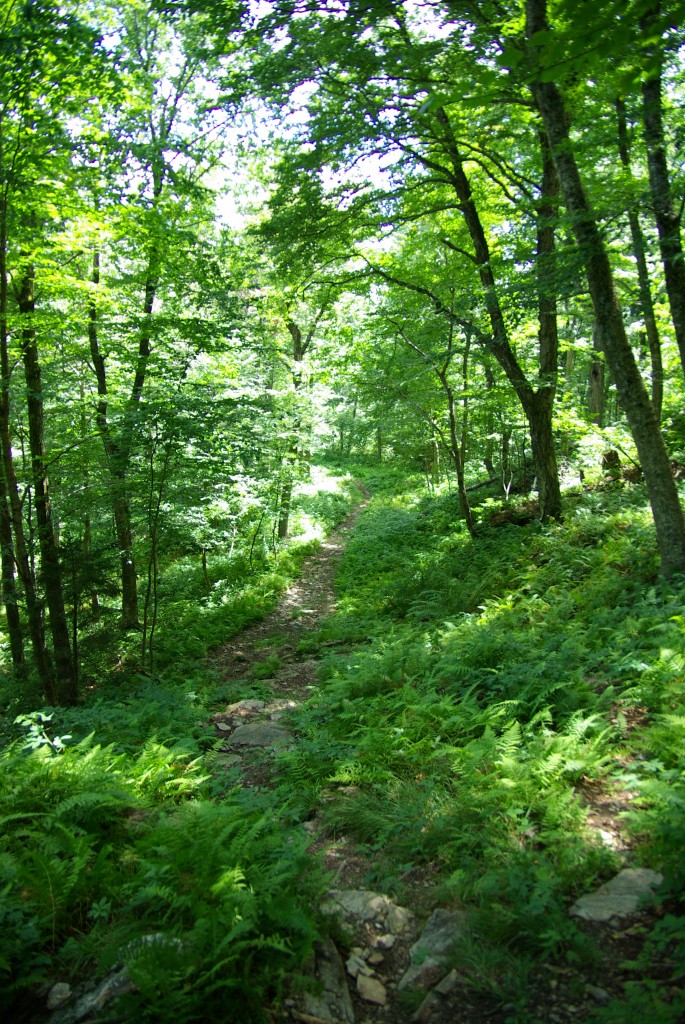 So that was my day trip. If you can’t go skiing, take a hike!